“We mourn the death of Rodney King,” said the email I received this morning from Reverend John Wesley Culp, pastor of Virginia Wingard Memorial UMC in Columbia, SC, and a member of the National Shalom Committee.

Yes, the infamous Rodney King (at age 47) was found dead yesterday at the bottom of his swimming pool, having struggled for most of his adult life with his demons of addiction, squandered away his 3.8 million dollar settlement in the civil suit against Los Angeles, and having a long record of multiple arrests since he was 25 years of age.
Rodney King, the world remembers, was the impetus behind the 1992 social uprising and week-long riots in Los Angeles immediately following the criminal trail of the four policemen found ‘Not Guilty’ of beating him within inches of his life in 1991. (See Huffington Post articles and CNN special on Rodney King.)
But why mourn the loss of Rodney King, as Pastor Culp admonishes? Because he’s a tragic and symbolic figure for the perils of fame, fortune, addictions and adversity.  Because, despite his hardship and suffering, he is a human being loved by God, for whom Christ died.  And Because Jesus taught us to love our neighbor as ourselves, to love and pray for both friend and foe enemies, and to recognize that every human being is a person of sacred worthy and value.  As Jessica Dovey (inspired by Martin Luther King) wrote about the death Osama Bin Laden, we can affirm about the death of Rodney King: “I mourn the loss of thousands of precious lives, but I will not rejoice in the death of one, not even an enemy.”[1]
For Communities of Shalom, the death of Rodney King memorializes the 20thAnniversary of our grass-roots, community development movement to create safe and vital ‘shalom zones’ in communities where hidden resources can be mobilized to transform conflict and renew community life.  See www.communitiesofshalom.org

During this 20th Anniversary Year, representatives from 150 shalom sites in the USA, Africa, Haiti and Belfast are expected to attend the Shalom Summit 2012 in the city of Los Angeles where it all began.
This is a Summit friends of Shalom will not want to miss–October 3-6.

Rev. James Lawson, who issued the clarion call at the 1992 General Conference of the United Methodist Church, will be the keynote speaker, Honorary Chair of the Summit, and recipient of the Spirit of Shalom award.   Rev. Joe Yang, who started the first shalom zone in Koreatown in the aftermath of the 1992 social uprising in LA, will host a workshop on his site on “Protestant-Catholic-Buddhist Shalom.”  Pastor Rudy Rasmus from Houston will speak on How to Start a Shalom Church.  And actor Gaius Charles will inspire us to go to the next level of shalom ministry.

For more information on the 20th Anniversary of Shalom Summit, and to register for the 3-day event (Oct 3-6), visit www.communitiesofshalom.org

And read previous posts on shalom below:

[1] Jessica Dovey is an American English teacher currently working in Kobe Japan whose blog post in May 2011 combined her sentiments about bin Laden’s death with similar words from Martin Luther King, and subsequently attributed in whole to Dr. King.See http://rawlinsview.wordpress.com/2011/05/03/ 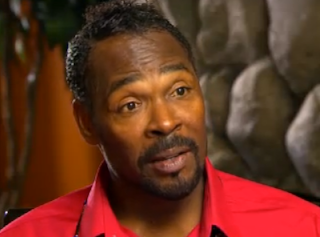