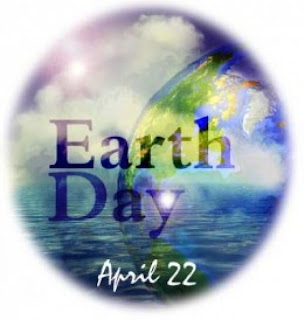 According to a short article today in the New York Times, “the movement does not appear to have the same kind of support it had four decades ago.”  A new HuffPost/YouGov pollreported that “Americans place less importance on environmental issues than they did in 1971, a year after Earth Day was established.”  Yet the poll also found that many Americans are cutting down on electricity use, eating organic foods and recycling used products. http://www.huffingtonpost.com/2013/04/22/environment-poll-earth-day_n_3117003.html
I’m old enough to remember the first Earth Day on April 22, 1970.  I was in High School in Pasadena, California, socially unaware of what was called “conservation” practices. Our teachers seized the opportunity to hold a “teach-in” to help us understand why our eyes burned from too much smog in the city.  They raised our awareness about the “population bomb” that threated us, unchecked consumerism and “built-in obsolescence.”  Teachers and Scout leaders inspired us to recycle newspapers and soda cans, and live more simply on the earth. We thought we were part of an important movement to save the planet.  Indeed we were part of a global movement, and still are, as discouraging as it might be.
Forty-three years later, I believe more than ever that environmental justice and sustainability are a moral imperative and spiritual practice. I am hearted by Communities of Shalom efforts to “plant gardens and eat what they produce” and for shalom teams to use less and share more, in order to “green shalom.”
Henri Nouwen, in his new book, Discernment,to be released in June, writes this about the Earth as the Body of God:
“…when I reread the gospels, paying attention to the way Jesus walked on the dust of the earth, I began to see that he felt the heat of the day and the cold of the night. He knew about the grass that withers and fades, the rocky soil, the thorny bushes, the barren trees, the flowers in the fields, and the rich harvest. He knew because he walked so much and felt in his own body both the harshness and the vitality of the seasons.
Jesus is deeply connected to the earth on which he walks. He observes the forces of nature, learns from them, teaches about them, and reveals that the God of Creation is the same God who sent him to give good news to the poor… If I am to follow Jesus, then I, too, must remain close to the soil. Often I look up into the clouds and daydream about a better world. But my dreams will never bear fruit unless I keep turning my eyes again and again back to the dust of this earth and listening to what God is saying to me on the road of life. For I am connected to the earth and to all who walk the earth with me.”

I think issues related to our dying blue and green planet are just as critical as the bombings in Syria and Boston.  I believe that the earth is our Mother and she needs our help.  I’ll say more about this on Mother’s Day, but in the meantime, I invite you to simply walk on the earth as Jesus did.  Time for a hike.